Twelve teams, including representatives from China, Germany and the USA, came to Blackpool to contest the 2011 British Open Latin Formation Championship, making it the biggest British Open formation competition for over 20 years. Six teams were recalled to the final and XS Latin, after dancing a superb final, were pleased to finish in fourth place, making them the highest ranking European team in the competition. 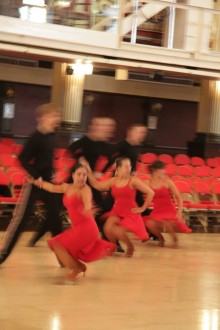